The first four trips of 2107 were very successful. Capt Scott started the year off in mid Jan with two great days back to back. His first trip he ended the day with 5 big yellowfin from 80-110 lbs and lost a 140 lb tuna 10 ft under the boat after hour battle. He had the same group on day two and they wanted to ho right back to the Lump and get on more tuna. They pulled up and did one chum drift and quadrupled up on tuna. An hour and a half later after the smoke cleared they landed all four. The guys pulled the plug and said take us home we are done. The biggest tuna went 159 lbs and the smallest was 80.

After a few rough days the weather finally cleared and he made it back out to the Lump. They had balls of pogies all over and the kings and sharks were so thick he could not get past them. So he netted about 100 baits and made a 25 mile run out to the floaters. It was 2 pm when he got there and had clean ice. After 2 hrs of non stop action he ended the day with 6 yellowfin that went 25-30 lbs and 15 big black fin. Sometimes it starts slow but he went the extra mile and and paid off.

If you want a shot a big Yellowfin this is the time to come. From mid Jan thru March is your best shot at catching a 150-200 lb yellowfin. 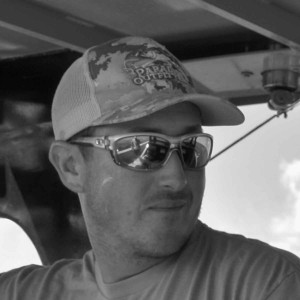 Known for his patient demeanor and defined by his unparalleled capability to catch giant yellowfin tuna – Hunter is the founder of Paradise Outfitters. He operates his charter out of a passion for sportfishing and a desire to share legendary fishing expeditions with his clients. Having been featured in Saltwater Sportsman, Louisiana Sportsman, The Waterman’s Journal, and countless other fishing trades, Hunter is an accomplished angler holding over a dozen state records.
All Fishing Reports

The big Tunas were chewing today along with wahoo and swords. Capt Scott had a nice haul going 5/7 on wahoo. Followed up with a

2019 started up great. First few trips resulted in some nice yellowfin. Fishing in February has been up and down. The slow days have been

Get Fishing Reports in Your Inbox